One of the jobs I was asked to do when gardening this week was to find clumps of Himalayan balsam (Impatiens glandulifera) in a lochside garden and pull it out of the ground before the flowers went to seed.

Like Japanese knotweed, Himalayan balsam is an invasive plant, which tolerates low light levels and often shades out other vegetation, killing off more useful plants.  At this time of year, it can be found in large clumps, with individual stems reaching up to 2m in height, alongside riverbanks, woodland areas and waste spaces. 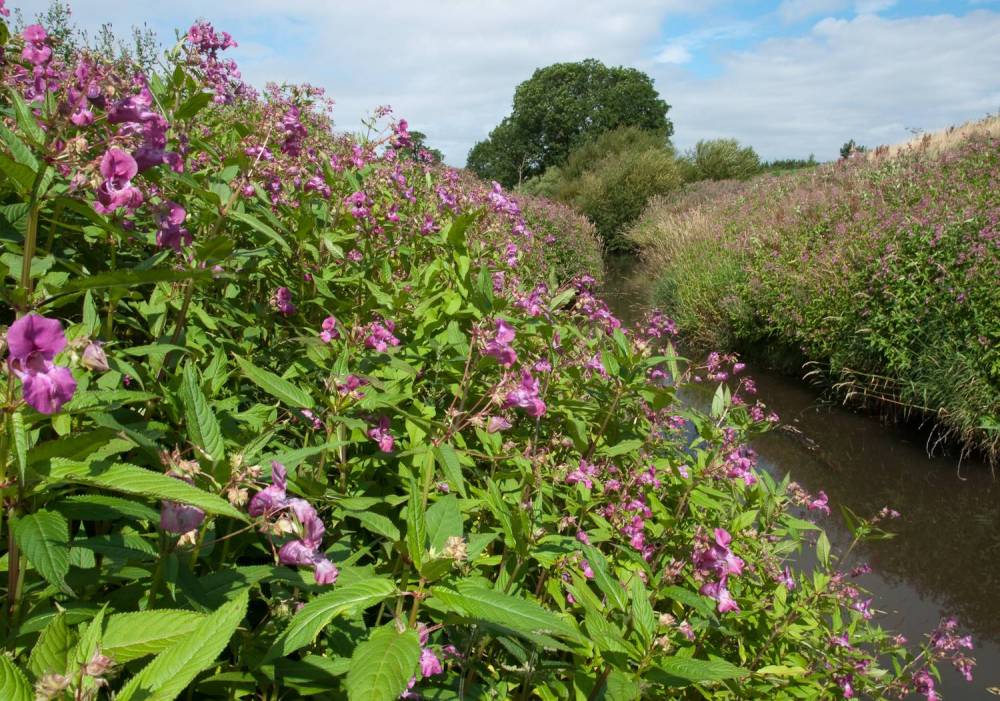 It’s important to familiarise yourself with this plant because it has a fierce spreading habit, and each stem can produce up to 800 seeds. Between June and October, Himalayan balsam produces clusters of purplish pink, helmet-shaped flowers which are then followed by seed pods that open explosively when ripe. These are dispersed widely as the ripe seedpods shoot their seeds up to 7 metres away – and are then often carried downstream where they reach the banks and spread the plant further.

Plants that out-compete other more desirable plants are classed as weeds and require control.  This can be done using non-chemical means such as pulling or digging out the plants before they flower and set seed (the method I was using on site this week). And, in common areas, conservation authorities regularly organise ‘balsam bashing’ work parties to clear the weed from marshland and riverbanks.

Where non-chemical control methods are not feasible, chemical controls may need to be used. Himalayan balsam can be controlled with a weedkiller based on glyphosate (e.g. Roundup) – a non-selective, systemic weedkiller that is applied to the foliage. It is inactivated on contact with the soil, so there is no risk of damage to the roots of nearby ornamentals, but care must be taken that the spray doesn’t drift onto their foliage. Glyphosate is most effective when weed growth is vigorous. Treat Himalayan balsam at early flowering stage to ensure the weed is knocked back before it has chance to self-seed.

So keep your eyes peeled for any in your area and if you see it, report it to your local authority.  A detailed sheet on how to identify Himalayan balsam can be found here.